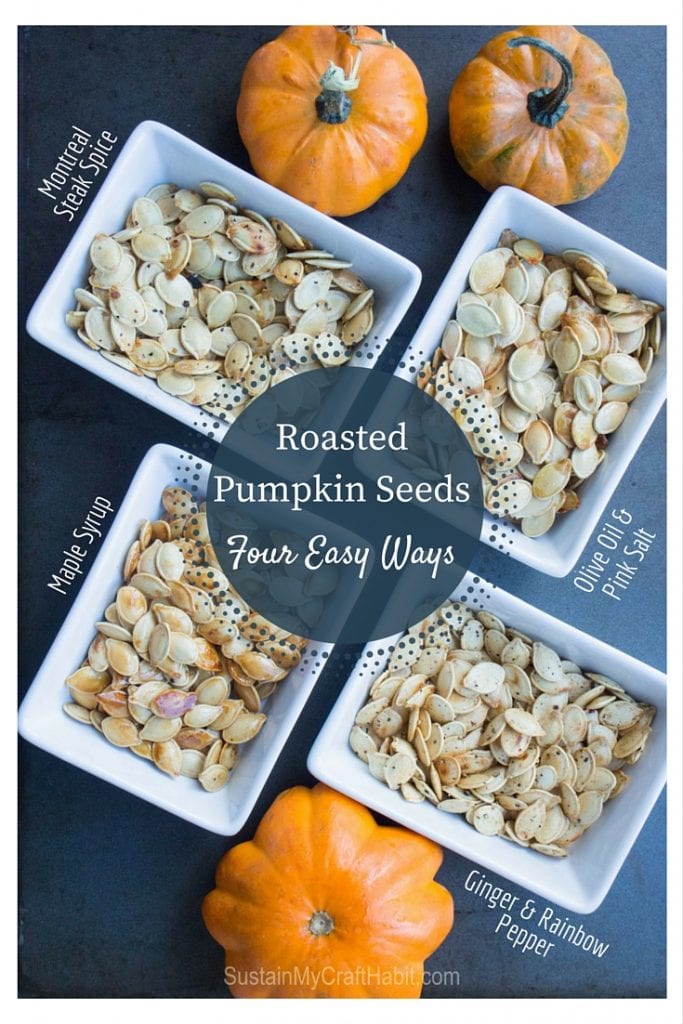 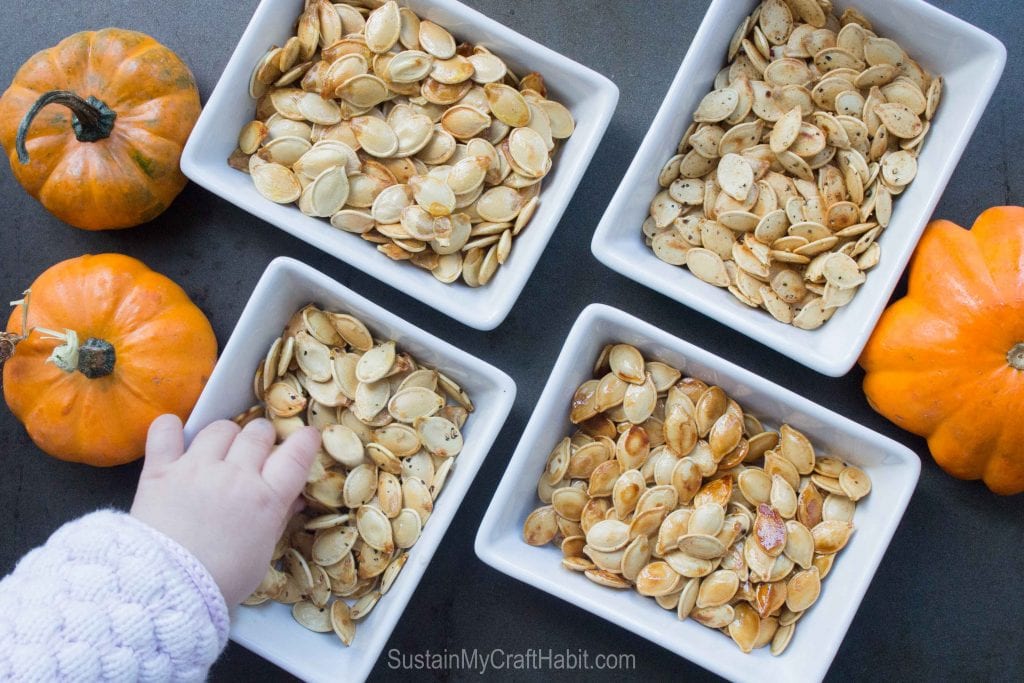 Well, I learned something new today. I’ve known for a long time that pumpkin seeds are a generally healthy snack (definitely better for you than chips). But I really had no idea how beneficial of a food they are! As described in this post on The World’s Healthiest Foods pumpkin seeds are chock-full of antioxidants, health supporting phytosterols, and essential minerals such as phosphorus, magnesium, manganese, copper, zinc and iron. And apparently they are a good source of protein. Who knew? 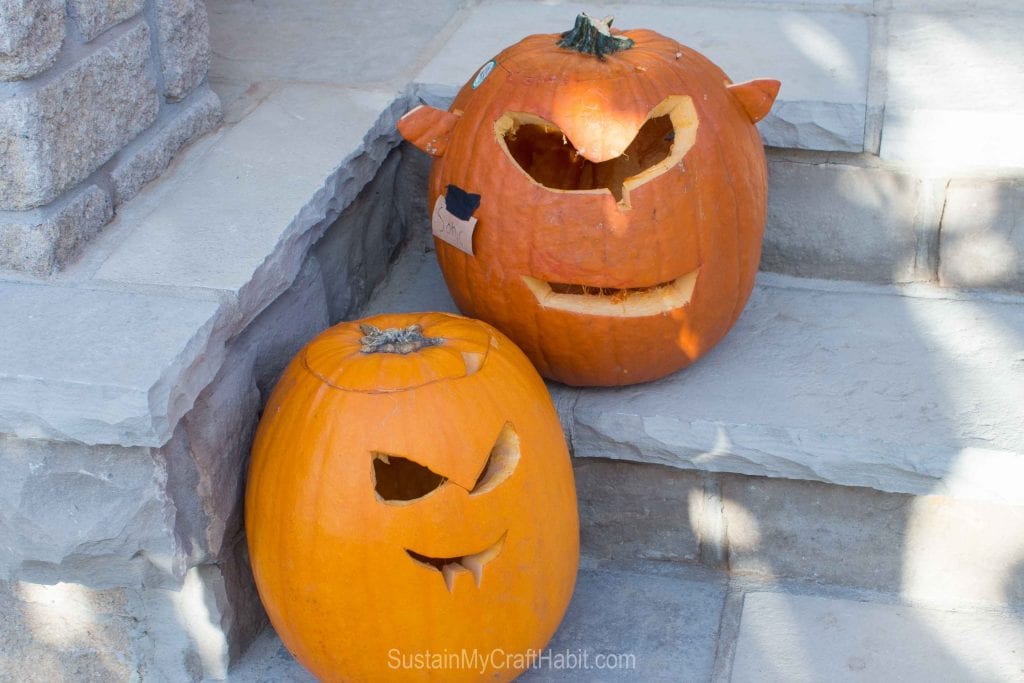 Although there’s nothing quite like sticking your hand in a cold, slimy, wet pumpkin to pull out the seeds, you can also buy raw pumpkin seeds year-round in grocery and bulk food stores. And since studies suggest that eating the whole seed, shell and all provides the most beneficial nutrients, why not make them extra tasty and toasty! Here we have four ways to season your raw unshelled pumpkin seeds for a delicious and nutritious vegan, gluten free, paleo snack. 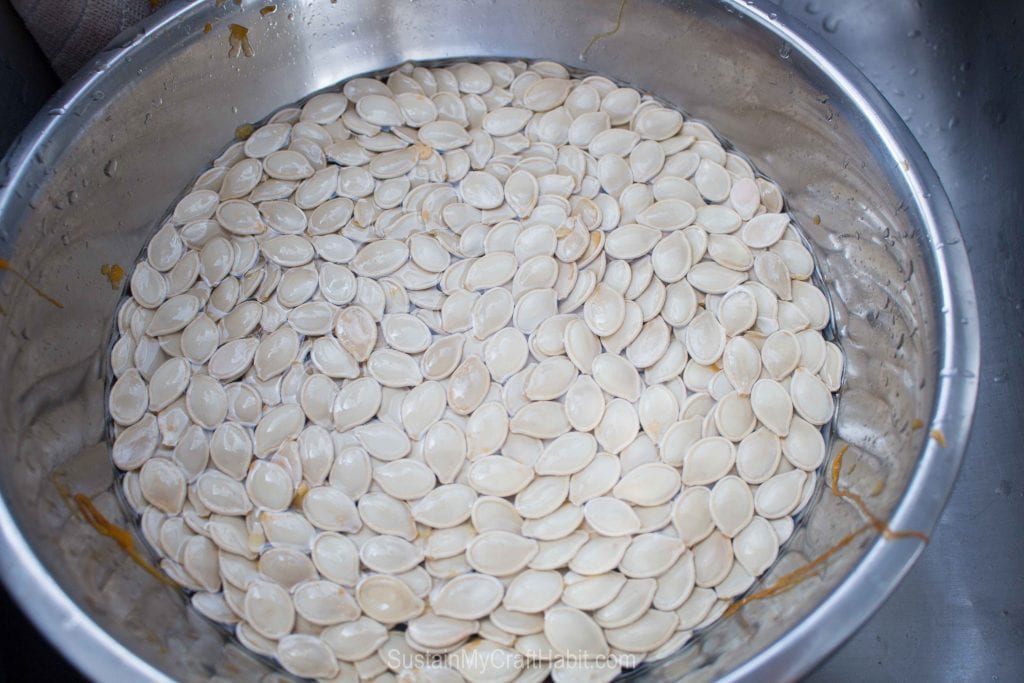 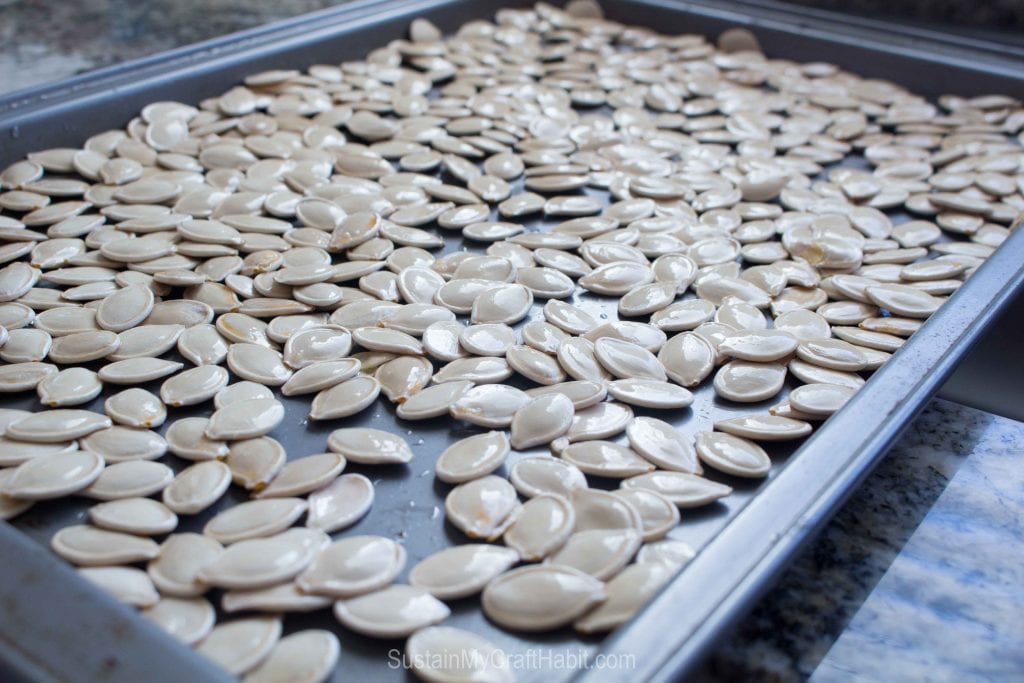 To toast, spread each of the seed combinations in a single layer on separate cookie sheets. Lightly roast them in a 160-170°F (about 75°C) oven for 15-20 minutes. Apparently roasting them for any longer than 20 minutes can cause unwanted changes in the beneficial seed fats. 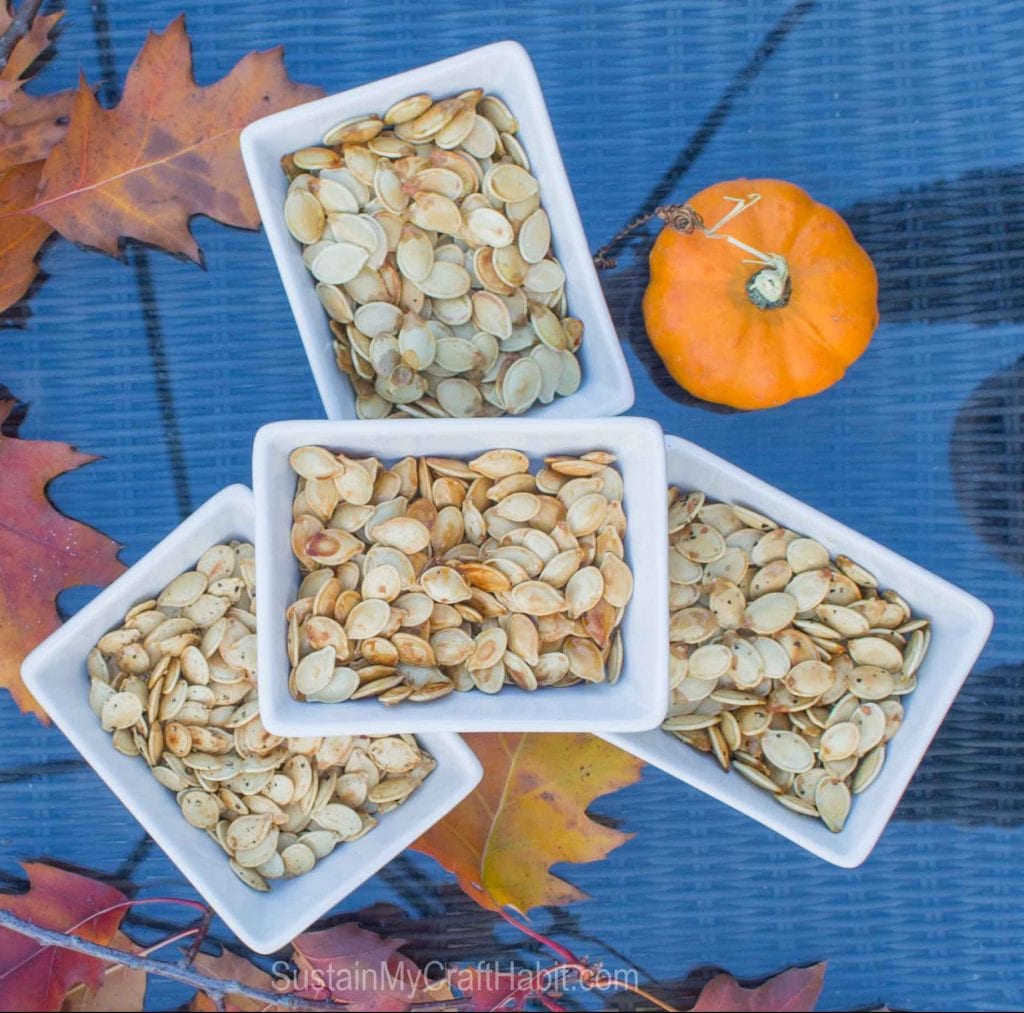 Once toasted, cool down and enjoy or store in airtight containers at room temperature. Or mix them all together for an interesting flavoured treat!

So, do you eat the pumpkin seeds with the shell on or off? 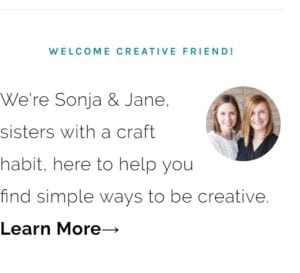 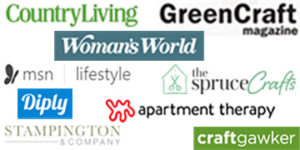 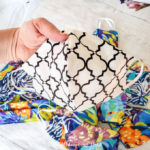 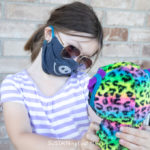 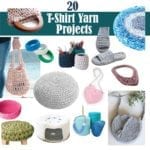 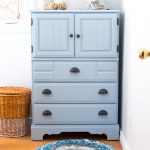 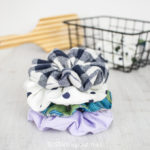 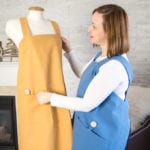 While every effort has been made to ensure the accuracy & effectiveness of the information displayed on this website, Sustain My Craft Habit makes no guarantee as to the procedures & information contained here. The publisher will not be liable for direct, indirect, incidental, or consequential damages in connection with or arising from the use of the information displayed on SustainMyCraftHabit.com. This website is not intended to substitute the advice of a professional. Find our Privacy Policy here.

©Sustain My Craft Habit, 2015-2020. Unauthorized use and/or duplication of this material without express and written permission from this blog’s owners is strictly prohibited. One photo, excerpts and links may be used, provided that full and clear credit is given to SustainMyCraftHabit.com with appropriate and specific direction to the original content.